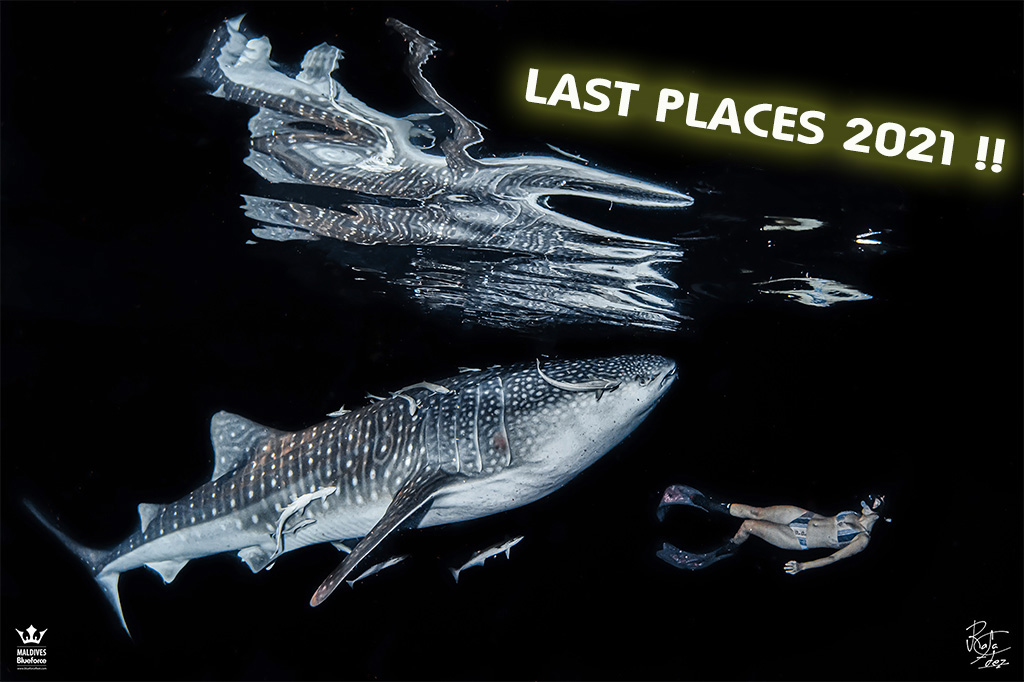 After the success of the expeditions of more than 20 seasons going down to the South of Maldives, with the acquired experience and in the precise months, February and March, in which conditions are usually optimal in this part of the country, the MALDIVES  BLUE FORCE ONE team plans each year an extraordinary diving safari that takes place mainly outside the traditional diving areas in the Maldives, from Male to the extreme south of the country and vice versa, the SOUTHERN HEMISPHERE MALDIVES EXPEDITION.

Thilas with spectacular coral gardens, channels to spot sharks, pelagics and the possibility of “special” encounters such as thresher shark, tiger shark, giant hammerhead, marlin and even oceanic sunfish. The whale shark at night, diving with mantas and the British Loyalty wreck, the largest in the Maldives.

Don’t loose your chance to book a place! 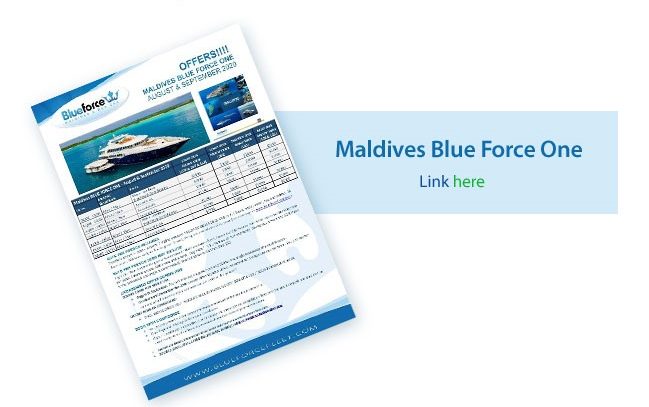